MENU
3 pagers, 2 heart attacks, 1 burned-out doctor
No one ever said a House Doctor's rotation in the NHS was easy. But for Dr Liam
Doctor Stories 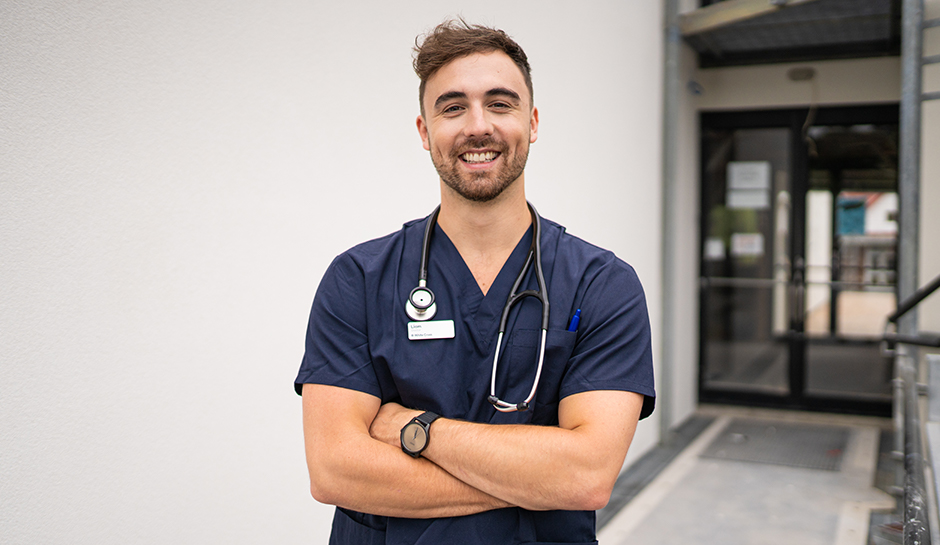 "I was so burned out and stressed that I had no worry about bugging the consultants. I didn't care if they were annoyed at me because I was already so annoyed at the hospital."

No one ever said a House Doctor's rotation in the NHS was easy. But for Dr Liam Atkins, it almost led him to chuck it all in.

Now working as an Urgent Care doctor in New Zealand, Liam is loving life and medicine again. He tells us his story about bringing it back from the brink.

Working in the NHS: Understaffed, under-appreciated and under pressure.

"On my rotations as an F1 (first-year house doctor), I found wherever you were in the hospital, you'll find major understaffing, and that caused a lot of tension between different departments."

"At one point on my cardiology rotation, we were missing six registrars, and we didn't have enough consultants either. My ward was also missing another F1, so I had 28 patients on my own, and that was before two colleagues called in sick."

"So on that day, I was carrying three bleepers for three different wards and the theatre. That's about80 to 90 patients. I was so overwhelmed with blood tests, referring people, discharge notes. And then two people on my ward had heart attacks.

"I finished four hours late, exhausted, and I was just like, ‘This is ridiculous!’"

"The thing that really got tome was when I then asked to go on annual leave. Initially, the hospital said no because they couldn't find an alternative F1, suitable enough for the pressure of the ward."

"So I had to find someone myself. And at this point, I'm so stressed, and I'm was just like, 'This isn't worth it."

Working as an Urgent Care doctor in New Zealand.

After six rotations and the brutal workload, a burned-out Liam got on to a plane for New Zealand rather than chasing a speciality.

"I just knew I needed a break from the career ladder. The last two years had been brutal. New Zealand was next on my travel list, and I thought I might holiday and do a little work.

“However, I found I just loved the lifestyle so much. I got a job, and I've just been here ever since,” says Liam.

"The work-life balance has been incredible. Even calling people in the hospital from my clinic is different. People are so laid back.

"On my first couple of phone calls, I was ready to really defend my case because you need to do that in the UK to get people admitted. Here, I just explained the situation, and the other person was like, "Yeah, send them over. We'll see them. If they want to stay, they can; If they want to leave, they can leave."

“The range of careers that you can go into here is way bigger. There's so much flexibility. In the UK, I only ever knew that you could go into public hospitals, climb the ladder and then go private at the end. And it was very rigid.

“I'm working in Urgent Care[MK1] ,which is only a specialty in New Zealand and Ireland at the moment. It's a mix between being a GP and an A&E doctor.

However, the real opportunities lie in having an active life outside of work, says Liam

"People here are so much keener to get outdoors and do stuff after work. Whereas at home people live to work, here people work to live and you can just feel it. The whole atmosphere is so much healthier.