MENU
Five ideas on mixing adventure and medicine
Why medicine can be a bit like an expedition to the North Pole...
Wellbeing 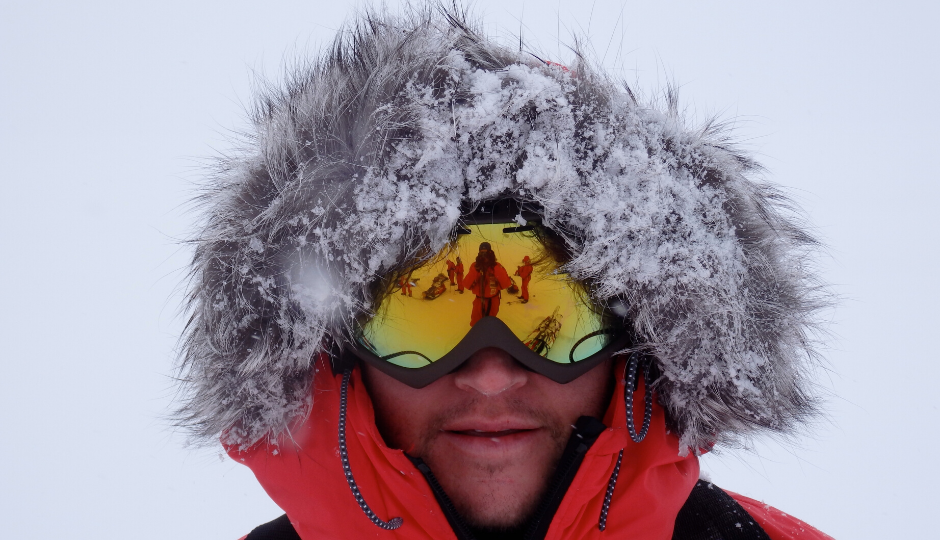 Dr Gareth Andrews is certainly an exceptional person; born in a blizzard on a small island called Mull on the West Coast of Scotland,  he’s now an Anaesthetic Registrar and an adventurer.

Gareth completed his medical degree in Sydney, Australia in 2010. He knows that being a doctor can be as challenging as it is rewarding, and he believes it’s important for all doctors to find a passion that goes beyond the workplace in order to stay fresh when it matters most.

Here at Medworld, we’ve talked to Gareth a number of times about his adventures – and how he squeezes in all that training between shifts. Here’s some of our favourite ideas from Gareth about living life to its fullest, achieving dreams and practicing medicine.

1/ Dedicate yourself to a life outside of medicine

Becoming a doctor takes determination and dedication, but this doesn’t mean we should sacrifice our other dreams to become a great doctor. Gareth explains that taking control of his life outside of medicine is a great way to relieve the stresses and pressures of being a doctor.

“Doctors are inherently good at a lot of things. At school, they’re often multi-talented, they’re musicians, or sports people. These are lost as we’re sucked into the conveyor belt of our medical careers,” says Gareth.

“I hear ‘I used to do this, I used to do that’ so often from other doctors. I think it’s important to dedicate yourself to what you love doing and build your career into your lifestyle instead of sacrificing everything else for it. The expeditions have really helped me get through the tough times, they’re something to look forward to and a goal to strive towards.”

The North Pole and Greenland can be dangerous, dynamic environments. The harsh weather and challenging conditions require strong team work to ensure everyone’s safety. Gareth outlines that an inherent respect for others is essential to survival, and it should be the same in the theatre.

“I’ve been surprised to sometimes see a medical hierarchy and disrespect for others in the medical profession. Just like on an expedition, working in a theatre requires strong teamwork as everyone contributes to the patient’s health,” he says.

“It sounds soft and mushy, but all it takes is respect, thoughtfulness and kindness to create a strong team which works well under pressure.”

By experiencing life outside of medicine, you’ll find skills and personal attributes which will help you to become an exceptional doctor.

Dr Gareth Andrews found a number of parallels between his polar expeditions and his role as a doctor. After surviving the harsh conditions of the Arctic, he feels more confident working under pressure. Until he was tested to physical and mental extremes, Gareth did not know what he was capable of.

“I really learnt that I have got the ability to endure; not just in a physical capacity but also in a mental capacity and I think that really helps when it comes down to medicine because there are a number of situations where there will be tough times, when you have tough rosters and tough seniors and exams and things; it’s just the fact that you can put your head down and get through it and remain the person that you want to be while going through the tough stuff.”

4/ Use medicine as a platform for other adventures

“[M]edicine is just a platform to go on and do bigger and better things and it should be used as such,” says Gareth.

It’s a privilege to be a doctor, to hold skills and knowledge which will always be needed across the world. Use that to enrich your life and the lives of others; give back and get involved in aid work, or travel the world with locum jobs.

5/ Take care of yourself in order to care for others

One of our key principals here at Medworld is to promote the notion that doctors should take care of themselves in order to best care for their patients. It’s something which Gareth discovered at an acute level in the harsh Arctic environment:

“If you haven’t got your gloves on, or if you haven’t got your jacket done up properly, or your goggles on, and you don’t do that before you try and help your friend who is struggling then you will have put yourself out of the equation. In those circumstances, especially in a storm or something like that, you will get frostbite in under a minute and then you’re no good to anybody really. I suppose in helping yourself you’re also helping your team mates.”

Wellbeing
Getting the balance right
Recovering from burnout achieving a more balanced lifestyle.
Dr Kavya Kudithipudi
Wellbeing
Prioritising mental health when you work in ICU
Who cares for those who care?
Dr Kristine Estensen
Wellbeing
Working Well: Dr Katya Miles and the Working Well Doctor
Empowering doctors to take care of their own health and wellbeing.
Dr Katya Miles
Wellbeing
Gender bias and burnout: why ‘feminisation of medicine’ isn’t the problem
Why a cultural change in medicine needs to happen
Dr Charlotte Chambers
Wellbeing
Top quotes on positive mental wellbeing for doctors
Here's our favourite wellbeing quotes from doctors we've spoken to recently
Doctors by medworld
Wellbeing
Start with a smile: World Suicide Prevention Day 2020
I WILL ATTEND TO my own health, well-being, and abilities...
Wellbeing by medworld
Wellbeing
Dr Amanda Thomson’s simple tips for better mental health
Dr Amanda's looking past the circumstances
Dr Amanda Thomson
Wellbeing
Doctors are people too: the #medbikini revolution
How a retracted journal article made docs in bikinis go viral online
Doctors by medworld