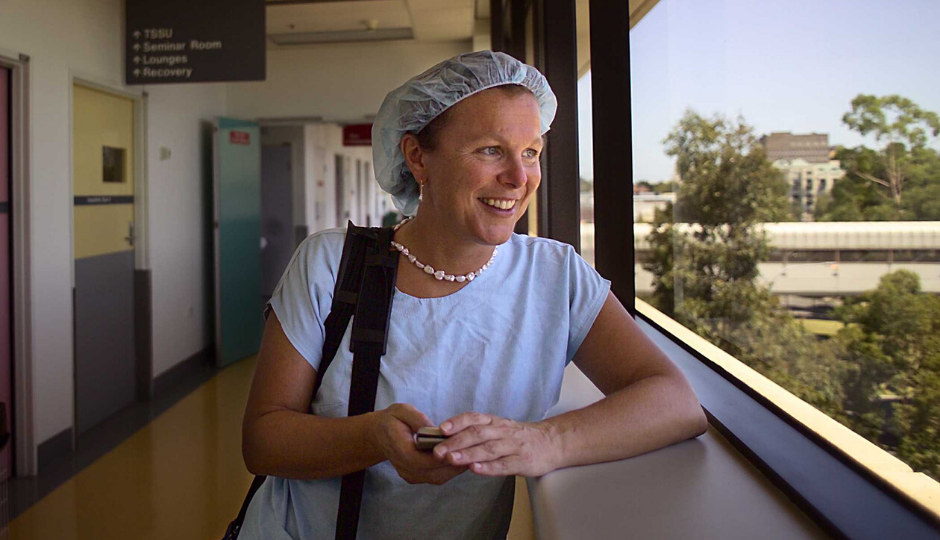 Inspirational ideas from an award-winning doctor

Professor Fiona Wood is one of Australia’s most innovative and respected surgeons and researchers. She has pioneered research and technology development in burns medicine and is renowned for the development of spray on skin.

Fiona and her team were at the forefront of the medical response to the 2002 Bali bombings. She co-ordinated four operating theatres, 19 surgeons and 130 medical staff, working around the clock to save lives and improve the quality of life for the 25 who survived.

In 2003, Fiona was awarded Member of the Order of Australia and the Australian Medication Association’s Contribution to Medicine Award. She was awarded Australian of the Year in 2005 and voted Australia’s most trusted person for six consecutive years (2005-2010).

Fiona, who has also been recognised as an Australian Living Treasure, was born in Yorkshire, England into a non-medical family. Her mother and elder brother encouraged her to apply for a degree in medicine.

“I think my mother was very keen that a female should have a career to ensure financial independence. She had no concept that a scientist could do that but she had a very clear belief that a doctor would,” says Fiona.

Despite being told that “females don’t really do surgery”, Fiona started doing research in plastic surgery and anatomy. Through persistence, she found a group of peers and colleagues who supported her.

Medworld’s Dr Sam Hazledine interviewed Prof Fiona Wood in 2016 – you can listen to the podcast on Spotify here. Below are four key inspirational ideas from the interview.

1) Surround yourself with people who will support you

American business philosopher Jim Rohn famously said that we’re the sum of the five people we’re closest to. Don’t waste your energy on the limiting beliefs of others, surround yourself with people who’ll support your development.

Discussing the people who told her that ‘females don’t become surgeons’, Fiona said;

“I think engaging in negative energy and using your precious energy in trying to justify yourself is just a waste. It’s much smarter going to find somebody who you can connect with; who will support you; who will facilitate you being your best. That’s where you put your energy.”

Our energy is precious. As doctors, we spend our so much of our time and energy looking after other people, it’s important we support each other. Support your peers and surround yourself with people who’ll support you.

“Build positive energy, there is no mileage in criticising each other.”

Be willing to question the status quo and push boundaries. Sometimes doctors can limit their ability to heal by not being open to new procedures and treatments.

Spray on skin technology received criticism for not having passed through double blind, randomised controlled clinical trials. But Fiona and her team were determined it could cut down healing time, and the pain patients endured.

“I think there are certain things that are very appropriately dealt with in an enquiries framework, in a randomised controlled trial,” said Fiona.

“But there are many things that we do that don’t lend themselves to that and that we base on good solid logic and good scientific enquiry.”

Medicine is very different today than it was 100 years ago, and that’s the result of continually bushing boundaries and trying to improve current practices. Every day is just the beginning, an opportunity to discover something new, an opportunity to ask new questions.

3) Save some time for those that love you

Save some of the best of yourself for those who care for you the most. When working in stressful, life and death situations, it’s easy to assume that what has happened at work is more important than what’s happened in the school yard. But to your children, it isn’t!

“We sometimes get a bit tired,” says Fiona.

“We’ve been kind and considerate and all the rest, grateful to our colleagues, and then you come home and the kids haven’t put the washing on!

“[…] Do the washing together, eat together. Give them the opportunity to explain what’s happened to them during the day.”

Remember to give empathy and kindness to those who love you the most; your family need you too.

Life outside of medicine impacts how you are as a doctor. It’s important to stay healthy, look after yourself, be positive and above all, to enjoy yourself!

“It sounds really boring but what you eat, what you drink and whether you sleep well actually makes a difference to how you function,” says Fiona.

Often, it’s the thought patterns and behaviour you follow away from the clinic which set you up for career success.