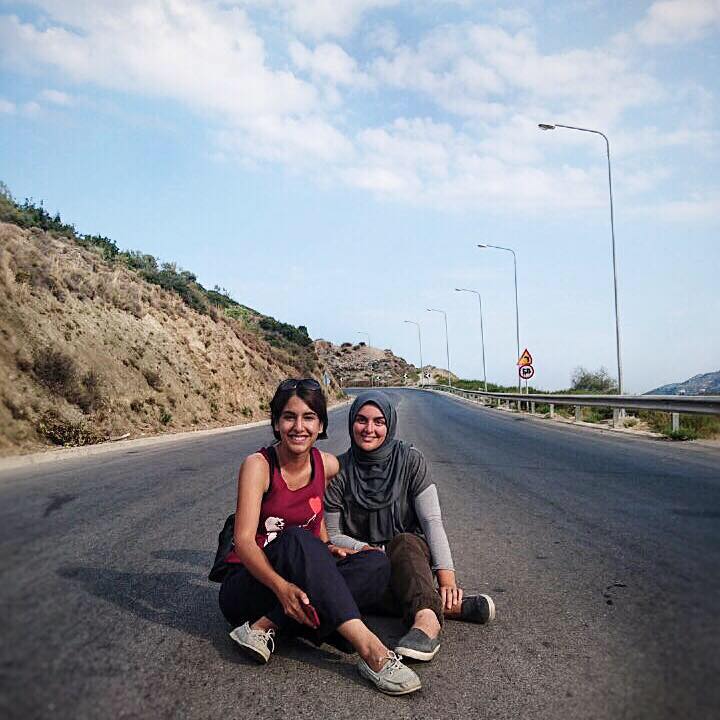 It is the middle of a bitter UK Winter and Dr Roxanne Tajbakhsh is working in General Medicine in a jam-packed 410-bed hospital. The junior doctor has called in sick meaning she and the Registrar alone are tasked with taking care of 310 of these beds. She has a twelve-and-a-half-hour shift in front of her, and the staff shortage means she barely has time to grab a cup of coffee, let alone eat. It is the thought of the 310 patients who need her assistance that pushes Dr Tajbakhsh into ‘survival mode’ – to top it all off it is the winter of 2020, in the middle of the COVID-19 outbreak.

It was experiences like this in the UK that prompted Tajbakhsh to seek a new career and lifestyle in New Zealand.

Dr Roxanne Tajbakhsh was born in Leeds in the UK. This is where she grew up and where she went to medical school. Her family is from Iran which gave her the opportunity to grow up bilingual with the Middle East as a second home.

“I don’t come from a medical family at all, all my family is engineers. I remember wanting to get into medicine because I didn’t want to lose sleep over money, and I wanted to help people”

Tajbakhsh found herself really interested in global humanitarian work and then came across Doctors Without Borders and that was when it all started. “I also watched a lot of Scrubs” she admitted laughing.

In her second year of placement, Tajbakhsh found herself working in the field of General Medicine in the middle of a UK winter, and smack-bang in the middle of COVID-19. “Boris Johnson’s response to COVID was like Lord Farquaad’s speech in Shrek ‘Some of you may die but that is a sacrifice I am willing to make.’”

The cold weather, crumbling social services, and increase in respiratory illnesses add pressure to hospitals in the UK every winter, but in the winter of 2020 this escalated to the scale of a natural disaster. “Last year it was declared that they were using the same resources that they would in a natural disaster. For the beds and things like that. They were using that many resources!”

Tajbakhsh recalls one night being tasked with looking after 40 people across six different wards on her own. Another set of nights she was rostered on to a 410-bed hospital, 310 were all General Medicine (her remit). The junior doctor didn’t turn up, so Tajbakhsh and the Registrar had to take care of all 310 between the two of them. She was rostered on for twelve-and-a-half hours that night.

“You just go into survival mode and I remember thinking how I was no longer giving good care. My soul’s purpose was to stop people from dying and that was it. I was just trying to do what I needed to do to make sure people don’t go downhill.”

The long hours, stress, and lack of resources saw Tajbakhsh’s health and wellbeing begin to crumble. “You give up a lot. You give up your time. You start to give up your health. I couldn’t work out regularly and I wasn’t cooking well, because you just don’t have time – you are so exhausted from your shift that the 1-2 days off a week you get is just to recover from that exhaustion. People were taking annual leave just to break up their rota!”

On top of all of this, the bad pay and the abuse and racism she was constantly suffering at work caused Tajbakhsh to begin to ask herself if all this was really worth it.

“I was slowly getting to the point where I was like this isn’t worth it. You know? You’re giving up your health For COVID! I had to move out and I couldn’t even live with my family.”

Rather than quitting the profession, Tajbakhsh set her sights on New Zealand; a country that she had her eyes on for quite some time and which, unlike the UK, had managed to control the COVID-19 outbreak. “It looked like a beautiful country, and the people seemed so nice! With the experience I had in the UK, my move changed from I’m going over there for a year to work to I’m going over there to live because after my experiences with COVID-19 I just didn’t want to do medicine in the UK anymore.”‍

‍Tajbakhsh finished in General Medicine in August 2020, worked in Ireland for a while, and then finally fulfilled her dream of coming to NZ in January 2021. One of the first things Tajbakhsh noticed was that the people were so nice. “There was no abuse, no racism. The kiwis are the complete opposite they tell me ‘I am so glad you came’ and ‘welcome’.”Tajbakhsh has said that although there have been some days when the lack of resources in New Zealand has reminded her of the UK, the difference here is that when this happens you are able to combat the problem. “If we are understaffed in New Zealand we work on getting some more doctors on shift. Here you can do that. In the UK you have no choice.”

Tajbakhsh explained how a bad day in New Zealand is nothing compared to what she experienced in the UK. “Even when it gets tough in New Zealand. I remind myself how it’s still worse at home.” Even after living and working here for six months, Tajbakhsh is still blown away by the friendly and supportive atmosphere. “I would go into the doctors’ room and I would say ‘oh my gosh the people here are so nice!’ And my supervisor would say ‘Roxanne you say that after every patient!’”