MENU
Mexican food, technology and medicine: this doctor’s side hustle is changing lives
Dr Sam Prince on aspiring to pinnacles beyond what you can see
Doctor Stories 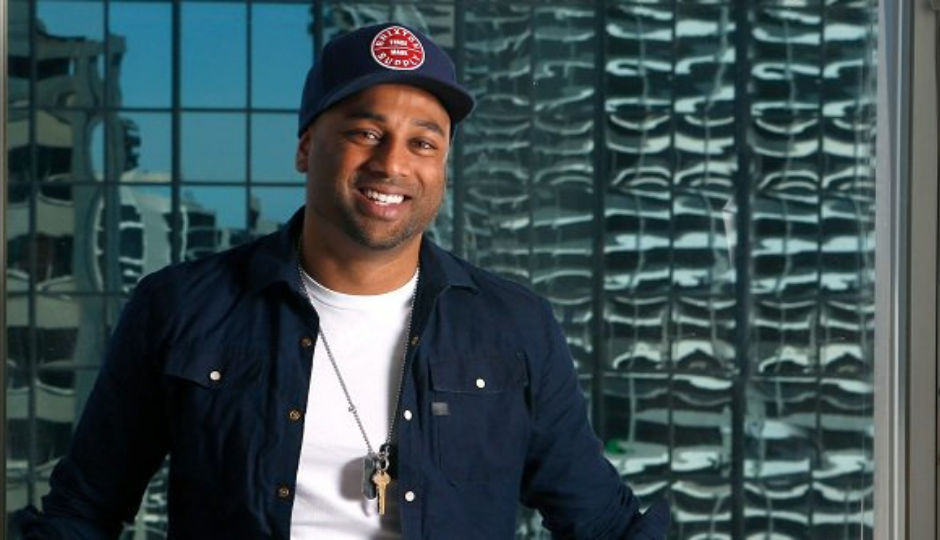 This article was first published on Medworld in 2018.

Dr Sam Prince’s interest in medicine was inspired in part by his mother.

Sam’s mother grew up in Sri Lanka in a poor rural village that had very few opportunities for young people. Her brother and sister died because the family could not afford health care. But Sam’s mother managed to overcome poverty and other limitations – she was the only child to pass the U10 and she went on to become the first person in her village to attend university. She eventually gained five degrees and a PhD and was an economist at the Australian Bureau of Statistics.

He adds that his mother’s ability to set her sights to do something different break that bad cycle has inspired him (and his sister) to do more with his life.

“I idolize her. She’s a very easy person to look up to; calm, intelligent, kind and a lovely, lovely spirit. So that's why she's been our rock.”

While he was studying medicine, Sam worked at a Mexican restaurant to help pay the bills. It was here that an idea to do something more struck him. At the age of just 21, he opened his own Mexican restaurant called Zambreros. It quickly grew into a franchise of almost 200 restaurants with a plate-for-plate initiative that has seen more than 14 million meals donated to people in developing countries. He says skillsets used in business and medicine have a surprising number of similarities:

“It is a great place to learn more about skills that are taught in medical schools, like how to lead a team in the right direction, and people management, strategies… all these kind of things you learn in entrepreneurship […] I think that doctors are uniquely skilled; I think almost selected for those kinds of entrepreneurial skills. My definition of entrepreneurship is having an idea, breathing life into that idea and making it real and having it adopted by other people. And I think a systematic way of approaching problems is well suited I think for that, so I got to indulge here.”

When Dr Sam Prince was 32, he developed a cough and became very sick. Chest x-rays revealed a mass in his lungs which was, at first, thought to be cancer. He was eventually diagnosed with sarcoidosis, “It was a soul-searching period,” says Sam, “it was also a place where I got up close and personal in the medical system.”

His experience as a patient led him to believe that the whole world needs to be changed, that the healthcare industry needed a new way of melding medicine and technology to create a better system for patients and doctors. It inspired Sam to found Next Practice – a combination of technology (including an app) and clinics which strips away the things that doctors don’t like about the traditional system, things that often prevent them from practicing medicine, like back-breaking paperwork and restricted patient time.

“[T]he thing that really inspired us was, we can actually just obsess about making the best general practice experience on planet earth, not only for patients but also noting that doctors are exquisitely kind of skilled at being advocates for patients.”

Next Practice aims to use technology to assist, rather than replace doctors and brings together innovative technology and doctors who are passionate about healthcare. It’s healthcare “re-imagined”.

“I am not interested in best practice anymore, I'm interested in next practice, what happens next because I think we can elevate ourselves to something beyond that.”

Sam is positive about the future of healthcare and is passionate about ensuring the industry is driven towards a forward-thinking future. He illustrates the importance of this with an anecdote from his time in Sri Lanka, where he often does charity work. He was thrilled to be able to give a scholarship to a little girl who’d passed her U10 and had grown up in a village which was similar to the village where his mother had grown up. Sam and his mother asked the girl:

“We are greatly honoured to be able to offer you a scholarship in school, you can do whatever you want… so what do you want to do?”

The girl replied that she wanted to be a bus ticket collector and at first, they were surprised that this was what the girl saw as the pinnacle, the thing she wanted to do most.

“But if you stood from her vantage point and look out from the slum at all you can see, there was this bus that would pass by every once in a while. The bus driver was a man, so she thought she could not do that, but everyone on that bus wore suits (and things like that) and there was this young girl in this beautiful white dress who collected bus tickets. And so [the little girl] thought: ‘that is the absolute pinnacle of what I can attain’.”

Sam says that although aspiring to pinnacles beyond what you can see is difficult, it’s important to think bigger and better for the future of the medical industry.

You can listen to the full story with Dr Sam Prince and Dr Sam Hazledine here:

Are you a doctor with a story to share? We'd love to hear from you! Contact us at info@medworld.com.

Doctor Stories
“I wanted my presence online to be like if your best friend was a gynaecologist and you were talking about pap smears”
Dr Danielle Jones on how she grew a cross-platform following of over 2-million
Dr Danielle Jones
Doctor Stories
Dr Rolf Gomes on following your passion
He remortgaged his home to start Heart of Australia saving 400 lives so far
Dr Rolf Gomes
Doctor Stories
Coping with the highs and lows as a parent and paediatrician
Supporting other medical parents find balance in their lives.
Dr Sarah Arachchi
Doctor Stories
Training to be a doctor: the adventure Dr Eva Rosenbaum tried to avoid
Guest blog by Eva Rosenbaum
Dr Eva Rosenbaum
Doctor Stories
Swapping the daily grind in the UK for the good life in Oz
Working as a locum in different departments with different bosses and different
Dr Ambi Sud
Doctor Stories
3 pagers, 2 heart attacks, 1 burned-out doctor
No one ever said a House Doctor's rotation in the NHS was easy. But for Dr Liam
Dr Liam Atkins
Doctor Stories
UK vs AU? The ups and downs of locuming in Australia
Dr Ambi's tips for locuming in Australia
Dr Ambi Sud
Doctor Stories
You can have it all: from NHS doctor to multi-talented mum and business owner
Dr Laura Evans: from burnt-out doctor to living life on her own terms
Dr Lauren Evans