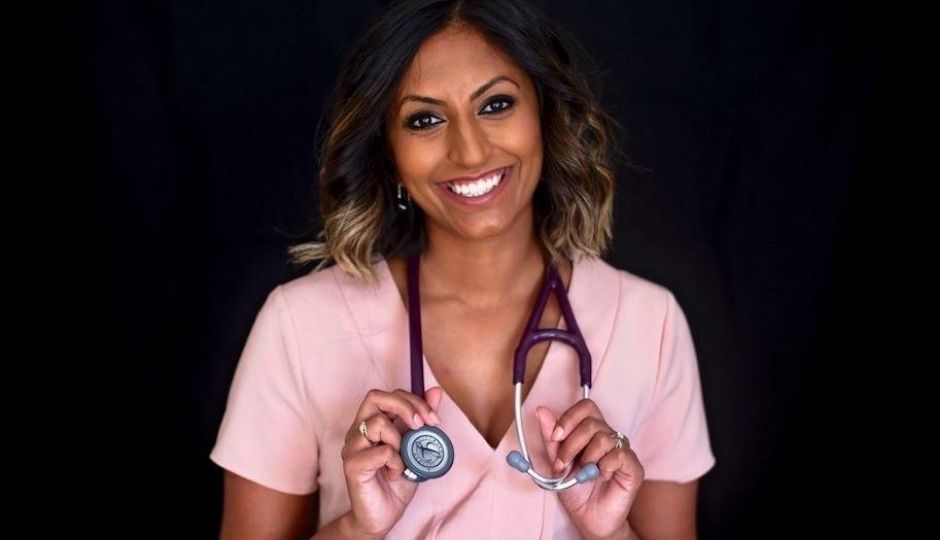 It is a rite of passage of every Medical Student to think they have every disease they learn about. Med school would not have been Med School if this wasn't the case. When we were learning about Myasthenia Gravis we all thought our muscles tired easily. Exercise intolerance - must be heart failure. Headaches - brain tumour. We could pretty much convince ourselves we had every disease. Sound familiar? But sometimes, as ironic as it seems, when there actually is a problem we convince ourselves there isn’t. Until there is no denying it.

Towards the end of Med School and as the months rolled by in Internship I started getting symptoms that I was no longer imagining. Worsening mouth ulcers, feeling faint on long ward rounds, pallor, weight loss… of course they could be explained by long hours, no time to eat and little sleep. So they were ignored. Writing it down in retrospect it was so obvious something was wrong, but at the time I was just trying to be the best Intern I could. I just put my head down and continued on without complaining. Weeks after the bloody stools started I finally booked in to see my GP. “You know what you have don’t you?” he said.

I didn’t want to be “that intern” who couldn’t handle the pressure.

I knew I had Inflammatory Bowel Disease. I saw a Gastroenterologist and started medications. The doses were ramped up as my symptoms worsened yet I still worked myself to the ground. I didn’t want to be “that intern” who couldn’t handle the pressure. The one who let their co-intern bear the brunt of the workload, who didn’t impress the bosses to get a good reference, the one who annoyed medical workforce just as job applications started. There were just too many repercussions, self-inflicted expectations rather, but it was enough to continue working when I shouldn't have. 2020 me would definitely have grabbed me by the shoulders and told me, sternly, to look after myself. No job is ever worth your health. But 2010 me kept pushing on. Until I physically couldn’t anymore and found myself in Emergency. I was admitted for 10 days with severe Pancolitis and was moments away from a stoma. I learnt more about being a doctor in those 10 days than I did in 6 years of Medical School.

For example, intravenous lines can hurt. I couldn't count how many hundreds I had done, not to mention the thousands of blood tests I had performed as a pathology collector for 6 years during Med School. Every time I had just done it without appreciating how much it might hurt. But hunting around for a vein with the needle in, blowing a vein, trying to tape awkwardly because we really need to get those meds in, the multiple attempts - it is all surprisingly painful. I was horrified during my admission to realise that it had been such a mindless task for me.

That changed the way I insert IV's forever.

Potassium infusions sting. Everyone knows that. But I didn’t know that it doesn't just sting, it feels like rows of knives dancing their way along your veins. Slowing down the rate and holding ice on my arm was the only way I got through the infusions. The rest of my Intern year I gave Potassium at half the speed.

I had charted Clexane so many times I could do it in my sleep. Not once had I thought about how much it hurt or understood that sheer dread of knowing it’s coming. I suddenly had the utmost respect for patients who self-inject daily. That takes courage.

I had an appreciation for why patients wanted to leave hospital as quickly as possible. The nights are the worst. The loneliness, the beeping, needing to pee with the IV pole attached, needing to show the nurses your bed pan so they could check what your stools look like, listening to the patients either side of you snoring or retching, listening to the code blues called over the PA. It was a lot. I remember overhearing a young doctor, a colleague, tell a patient flippantly they need an IV and tests as if they were just another task. “Don’t be so dismissive, that’s a big deal to the patient” I remember thinking. But then I stopped. That was me just a week ago. I was the one who ordered tests, stuck in IV's left right and centre, charted medications with awful side effects. Shamefully, that was me who called the patient by their disease "the pneumonia in bed 15" or "I think the headache in bed 12 is having a stroke I better call it”. Not because I was in-compassionate, but because I was literally so busy on a cover shift looking after 50+ sick patients that looking through the patient list to find the name was 10 seconds I didn't have in my day. Not because the tests were just another tick box, but because in the grand scheme of things when we had to put 5 IVs, order 6 X-rays and review 3 deteriorating patients we just needed to get it done. Suddenly, being on the other side my whole role as a doctor felt very impersonal.

Nothing teaches you compassion like being on the other side.

I had never been complacent, and I like to think of myself as having been a compassionate doctor even before I had this experience, but nothing teaches you compassion like being on the other side. I have changed so many things that maybe I took for granted, didn't think twice about or worse, didn't even think about at all. It has made me understand in a way that can't be taught from a textbook. That it’s not “just another IV attempt”. That although it’s an easier vein in the cubital fossa, an IV in the elbow is annoying for the patient and makes it so difficult to do any self-care. That waiting for results is excruciatingly painful. That when a patient doesn't like taking medication it may not be because they are being difficult, but because the medication is difficult and the disease sucks. That it is always worth taking the extra 10 seconds to find out a patient’s name. That time taken to be patient and kind, even if it means handing over a few extra tasks, is always always time well spent.

I would, of course, rather not have Ulcerative Colitis, but being a patient has definitely made me a better doctor. For that I am grateful.

Doctor Stories
Forty years in family planning in New Zealand
Dr Christine Roke is one of New Zealand’s foremost experts in sexual health.
Dr Christine Roke
Doctor Stories
The Well Unwell
What's it like being a doctor, whilst managing your own chronic illness?
Dr Mel Hancock
Doctor Stories
Balancing motherhood and medicine
Melbourne-based paediatrician Sarah Arachchi is a busy mum of two.
Dr Sarah Arachchi
Doctor Stories
Tips for entrepreneurial doctors
What it takes to start your own medical business
Dr Johanna Ward
Doctor Stories
Mexican food, technology and medicine: this doctor’s side hustle is changing lives
Dr Sam Prince on aspiring to pinnacles beyond what you can see
Dr Sam Prince
Doctor Stories
The Other Side
Dr Nelu shares her first hand experience of being the patient
Dr Nelu Simonsz
Doctor Stories
Dr Shan Shan Jing on sexism in the medical profession
In the male-dominated field of plastic surgery, sexism is palpable
Dr Shan Shan Jing
Doctor Stories
Four tips for beating (and avoiding) burnout
Showing weakness is not a weakness... Dr Juviraj on beating burnout
Dr Juviraj Arulanandarajah