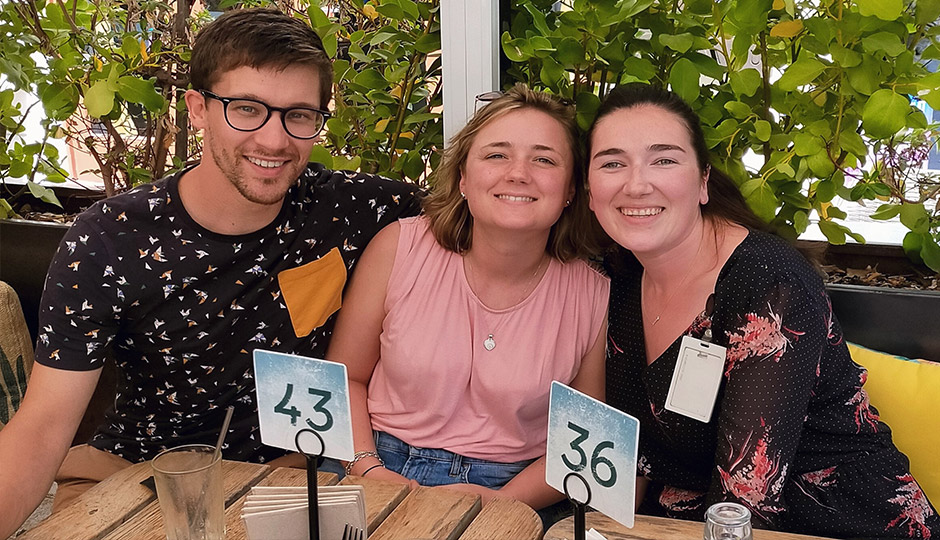 Originally from the UK, Anesthetics Registrar Adele Flowerdew and her husband Matthew Pendleton (a pediatrician), decided to try out life and work as doctors in New Zealand.

They moved to the beautiful Hawke’s Bay region in 2019 and both took up work in a local 400-bed hospital. The Hawke’s Bay Region is on the eastern coast of the North Island and is known for its wineries, hiking trails and vibrant farmers’ markets. We asked Adele what day-to-day life was like working in the region.

What was your first day at the hospital like?

On the first day working at the hospital someone met us at the door and took us through all the necessary bits and pieces – like getting our ID and getting our computer stuff started. That was quite different from the UK where you’d usually have to work it out on your own… well, you do get shown things and shown around, but it’s a lot less extensive. It was a better induction compared to what I’ve experienced before.

How has practicing as an anesthetist differed in New Zealand, compared to the UK?

In New Zealand, the set up for anesthetics is slightly different in that they don’t have an anesthetics room, so you do it in the theater… this took a little bit of getting used to as I’m not used to having an audience! It was fine though, just something to get used to.

What have you been up to in your spare time?

I came here in September with my husband Matt, he’s a pediatrician. He had a rough start with his roster, so I didn’t see him a lot and did quite a bit of exploring on my own. There’s a few walks around here that are really nice; I walked along a few of the beaches and went to a couple of wineries. I also went skiing ­ – we drove to Mount Ruapehu and had a couple of weekends out there.

Coming into summer, you can do more beach type activities. I did some sailing with the sailing club out here and I bought a surf board and learned to surf. I go places with some of the people I work with at the hospital; we do stuff together which is nice.

New Zealand is a great place to travel, there’s so many different things in not that long a distance. You can do the alpine thing, the beach thing, there’s lots of walks… it’s an outdoorsy place. The weather’s nice too – I mean, Scotland’s a nice place but the weather’s a bit contentious, so if you’re an outdoors type person, New Zealand’s a brilliant place to come and explore.

How have you found making friends and connections in the region?

I already had a friend out here, so I just inserted myself into that friendship group! There’s a few other anesthetics registrars that I’m friends with and then there’s the ‘other halves’/partners… there’s always people around!

We’ll be in Hawke’s Bay for nine months and it’s nice to work in once place for a long period of time. We’re pretty settled, it’s nice here and ideally we’d stay a bit longer, but there’s a few logistics that are bringing us back [to the UK].

Why did you decide to use a medical recruitment agency?

I didn’t really use the ‘job finding’ part of MedRecruit because I’d found the job myself through a friend, but they helped me with the application and it was nice having someone to ask for advice all the way through. They helped me with the visa stuff and the registration with the medical council. We got some immigration advice too which was quite handy.

Would you recommend working in New Zealand to other doctors?

It’s really easy and really fun to do… I’d recommend it.

MedRecruit has great doctor jobs for international graduates across different grades and specialties. Would you like to live and work in New Zealand?