MENU
Gender bias and burnout: why ‘feminisation of medicine’ isn’t the problem
Why a cultural change in medicine needs to happen
Health & Wellbeing 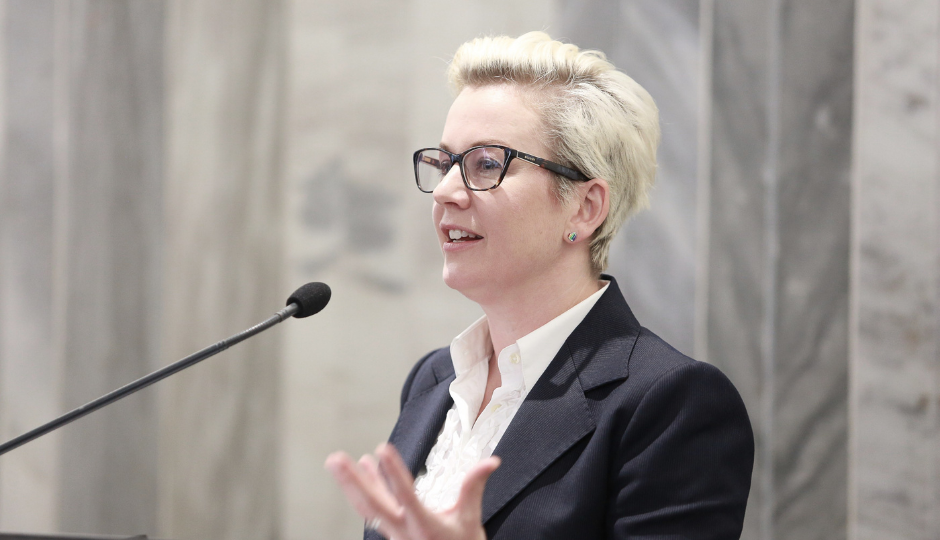 A 2016 Association of Salaried Medical Specialists (ASMS) study showed that 70% of women in medicine in their 30s exhibited signs of burnout.

It’s a worrying figure, especially because the New Zealand Medical Council estimates that women will outnumber male doctors by 2025. The industry is changing – but it appears the attitudes and culture within the medical profession aren’t evolving in step.

ASMS’s principal researcher Dr Charlotte Chambers has set out to find out why female medical specialists work through illness at higher rates than their male counterparts, self-report as bullied at a higher rate and have significantly higher rates of burnout.

Speaking to Medworld’s Dr Sam Hazledine on this Charlotte talks about her findings and insights.

“The work that I've been doing for the ASMS is broadly looking at indicators of wellbeing in the specialist medical workforce here in New Zealand. And, we ran the first nationwide survey of burnout levels in senior medical professionals five years ago in 2015, using the Copenhagen Burnout Inventory (CBI),” she says.

Don’t have time to listen to the podcast? Here’s some key findings and ideas from Sam and Charlotte’s conversation about gender bias and burnout.

‘Feminisation’ is the wrong term

The ‘feminisation of medicine’ is a term often thrown about and too often, it’s discussed in negative terms. Charlotte argues that it’s the wrong term altogether and that it’s these attitudes and oversights that are part of the burnout problem;

“I'm particularly concerned about the way in which we describe the growing numbers of women in medicine as the ‘feminisation of medicine’. That's a very simple linguistics slip, but it's actually a pejorative description if you think it. Because, it suggests that medicine has never been gendered and it's only now becoming gendered that we have growing numbers of women in it – it’s not necessarily an accurate representation in my view.”

Work is expected to bleed into your personal life

“One woman hit this great line where she said, ‘when I go to work at the start of the day, I have to leave all the other stuff at the door.’ The expectation is clear as a doctor: you don't bring your life to work. You put on your professional demeanor. You come in as a doctor. No one cares if you've got children at home, who you are, if you’re unwell, or struggling, or whatever.”

She adds that doctors are routinely expected to work beyond their allocated hours, which is problematic when women often have commitments and responsibilities outside of work too.

“Patients don't adhere to a nine-to-five worksheets, we know that. But what aspects of the culture of medicine contribute to these manners of working that can be detrimental to looking after yourself, to finding time to care for yourself? And, indeed, as many of these women were finding, did not enable them to perform that juggle between the work and their other domestic commitments.

“My background is in geography so I'm particularly interested in boundaries. How we create boundaries between the different spheres of our existence. [In] medicine it's expected in many ways not just to be a job. It's a vocation, it's something that becomes your life. It's a core aspect of your identity. So, there's a very different type of boundary around medicine in terms of bleeding into many different facets of your life.”

Women are routinely misidentified by patients

Another recognised theme was that women have to work harder to be recognised for their contribution. In Charlotte’s interviews, many of the doctors recalled being misidentified by patients as a nurse or ignored in favour of a male colleague.

“What is the broader significance of those minor acts of misidentification? How over time can they coalesce to make women have to work harder to assert themselves as the legitimate medical professional? What does it mean if you're routinely getting misidentified or treated differently by your staff?”

One surgeon reported being routinely handed incorrect equipment by her nursing staff over a long period of time. She’d politely ask them to get the correct equipment, “But, it wasn't until she lost her temper one day, slammed her fist down and swore at the nursing staff – and, in many ways, acted ‘like a surgeon’ – that her request was adhered to.”

A cultural change needs to happen

“It is so important to foster collegial ways of speaking, treating each other as people who do have lives and commitments, and, in many instances might have a hell of a lot of stuff going on outside of work as well.”

She adds that everybody has biases – that’s normal – but recognising this is key.

“Take the Harvard Implicit Bias test, it's incredibly confronting. But once you recognise that you have bias, then there are additional steps to do things about it.”

“Despite the growing or the gender balancing of the profession, problems with gender pay gaps and lack of women in leadership positions persists. And that's precisely due to this problem, we're not willing to recognize the fact that they have an issue with gender bias and that bias can influence their subsequent actions around employment practices and advancement opportunities.”

Listen to the full podcast on gender bias and burnout in medicine with Dr Charlotte Chambers and Medworld’s Dr Sam Hazledine here.